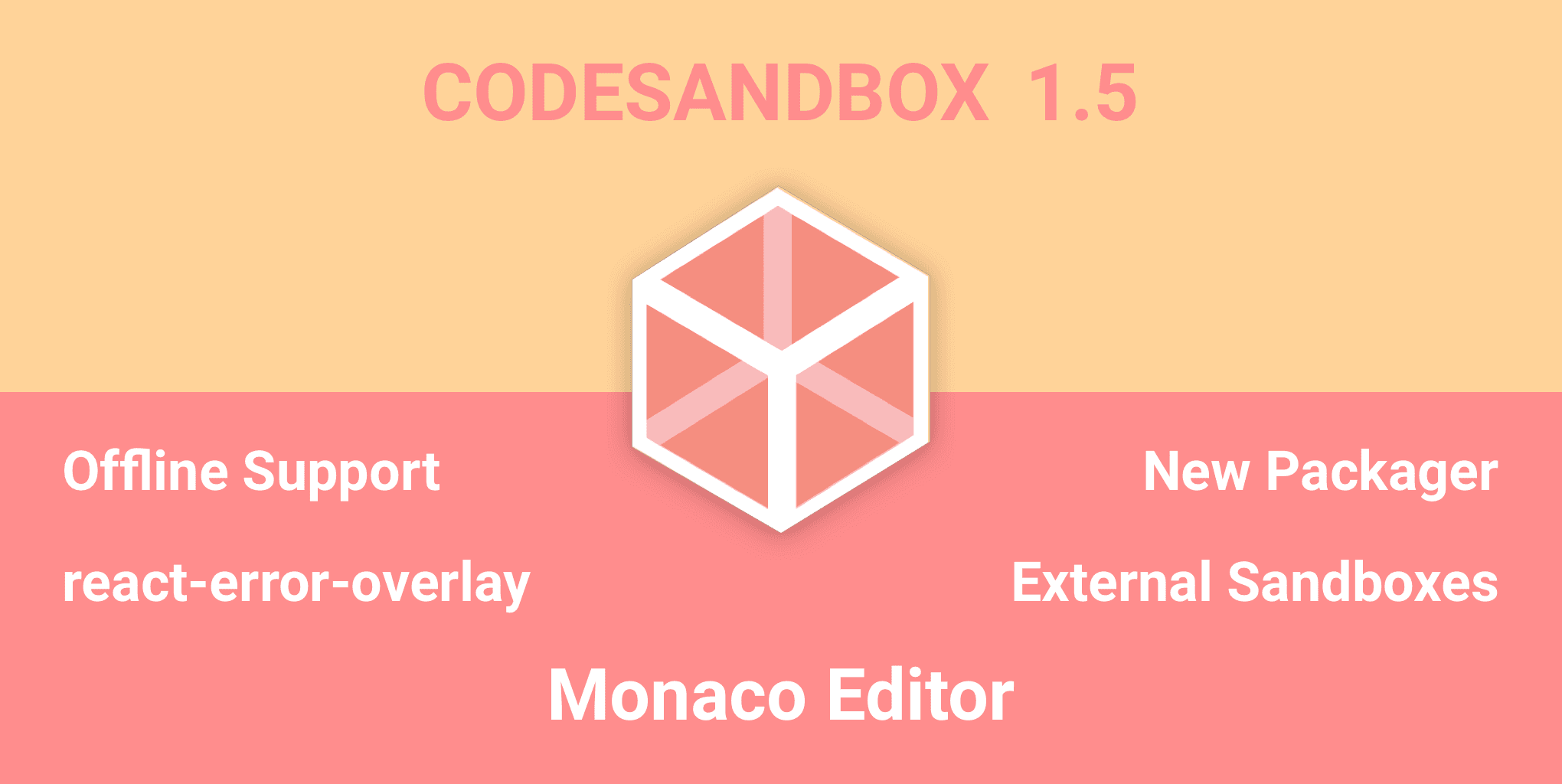 This is CodeSandbox 1.5! I don't know how to call all updates anymore, so I decided to version CodeSandbox with arbitrary numbers.

This is a big update, I rewrote the editor, the preview screen and the packager. All these changes made the deployment quite exciting, but it's online now. Let's get started!

The editor has been rewritten to use the monaco-editor. This editor is an extracted version of the VS Code editor, and thus really powerful.

The really cool thing about monaco-editor is that you get the core editor features (Go to Definition, Peek Definition, etc.) of vscode for free. The only thing you need to do is wiring everything up correctly, I created a separate build of the Monaco editor for better cross file integration in CodeSandbox.

Not only navigation gets easier, the monaco-editor has IntelliSense for JavaScript and TypeScript built in! That's really cool, and even better if you have the typings of dependencies. That's why I added 'Automatic Type Acquisition', this means that for every 'installed' dependency we search and download the type definitions on https://unpkg.com. This way you get autocomplete for libraries.

I ported almost all existing editor features over. This means that you have ESLint, Prettier and Emmet.io built in in the editor! Unfortunately I had to drop Vim Mode, you can still enable this, but this will disable Monaco and enable CodeMirror.

I'm really happy with the new editor, and want to state that this could never work without monaco-editor, TypeScript, unpkg, Emmet.io, ESLint and Prettier. I want to explicitly thank these tools, the only thing I had to do is wire everything up and patch some integrations.

CodeSandbox not only shows errors, it also offers suggestions for known errors. In the example above DeepComponent.js is importing RawComponent, notice that there is no extension. This will throw an Invalid Tag error. We can easily detect this and give the suggestion to rename the file. I'm thinking of writing an API that allows library developers to add suggestions for errors for their specific library.

It's now possible to open sandboxes in an external url. You can use this to see the preview in a separate window during development, or to share a fullscreen version of your sandbox with friends. Note that this external frame is nowhere near a production version, I'm working together with Vercel to integrate 'Deploy to Vercel' so you can deploy a production version automagically ✨.

The external sandbox also works offline. Which takes me to the next point...

CodeSandbox is now backed by service workers. This means that you can open the editor and the preview while offline and see CodeSandbox instead of a dinosaur 🙃. Note that offline support is currently limited, you cannot save your sandboxes offline yet (you can still download though). I need to make some required changes to the server to be able to do this. You are able to edit sandboxes though! This feature is really an improvement in speed, it will save network roundtrips for e.g. dependencies.

The packager of the dependencies has been rewritten. It's now hosted as a serverless solution, which means that it can scale (practically) indefinitely. We also saw a nice improvement in speed, we saw improvements between 40%-700%(!) in response time.

A new feature that comes with the new packager is that we support version ranges instead besides absolute versions. You will be able to install [email protected] for example, and it will update automatically as React updates. This functionality will be deployed somewhere this week, I need to change some server logic first.

After working with Serverless, I have to say that I'm really impressed by how it works in practice. Our hosting costs went down from ~$50 per month to a projected cost of $0.03 per month + we are now faster, more scalable and deployment is a breeze. I will write a post about this when I find the time.

NOTE: The packager has been rolled back for now, some package combinations couldn't be loaded because of disk space limitations, it's solvable.

You can see a trend in these features, every feature makes heavy use of some existing technology. It saved me tons of time, and I want to specifically list another thank you to the authors that made this possible.
Thanks to: 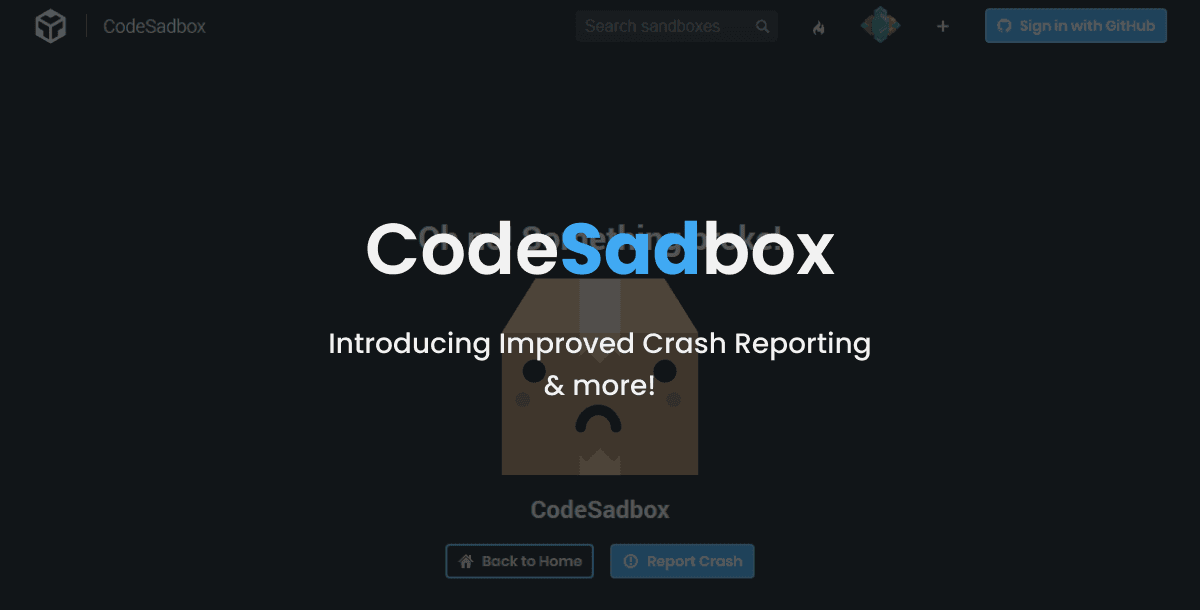 In this week's release we've got the best new feature we hope you never have to use! But that's not all, we've got some other goodies to share too!